Rise Above Your Chaos and Soar to Freedom

Stepping toward Success in spite of your Chaotic Circumstances 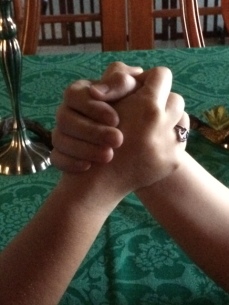 While the whirlwind of technology and fundamental thinking embraces the lifestyle of the modern generation an aging man may glance around at the world he once recognized and watch it slowly disintegrate and become swallowed by a foreign realm. What once was, no longer holds any truth and the considered norm is an ever fading abnormality. In the 1950’s it was not uncommon for the man to leave for work and to return at dusk into the arms of his doting wife and devoted children. His future career plans so clearly carved in cement. Women  were to embrace their roles as wives and mothers and to recognize  this as a wonderful opportunity to nurture and mold the lives of their young offspring. It could as a result be argued that a woman’s path was also carved out nice and neatly allowing for both her and her husband to have a sense of tranquility in their complacent and stable futures.

Decades of technological advancement and philosophical enlightenment has left the millennial generation faced with a slowly eroding reality of what once was, while gradually drowning in a deep economic crisis. The stable career that was once lavished on one after devoting oneself to hard work and tortuous hours of study is no longer a given. In fact it is safe to say, that there are no guarantees awaiting anyone in the work place. Financial strangulation placed on a company enforced by the numerous regulations eventually results in an employer having to cut his staff by 50%. A well – educated foreigner forced to take a low wage job while realizing that his life on paper holds little value to a company that only deals with the familiar. Our youth who are easily enticed by dreams and passionate about their futures eventually end up starting their adult lives thrust deep in debt, left with college tuition fees and no job awaiting them on their grand exit from graduation.  Fewer companies are hiring staff as their key to success is blindly entangled in technology and the work force becomes more of a hindrance.

Success can no longer be defined by the amount on your check handed to you, for being engaged in a job, long after your compelling passion for that profession has left you. If that were so, then most of the population would be empty vessels struggling through the motions of day-to-day existence. Success is something that we ought to define ourselves. Our future although not carved in stone can at the very least be written in the sand while basking in the sun and welcoming the waves of impending circumstances with  knowing confidence of  who and what defines us.

As a Professional Organizer, I am usually asked to help a customer that is feeling overwhelmed by his present circumstances within his home or office. My passion is to help people discern what their requirements are and aid them by sorting out what inanimate objects they need and what should ultimately be purged. I believe that these same strategies apply and promise us success in spite of our chaotic circumstances:

You are significant whether you are a mom at home picking up toys off the floor and wiping food smeared little faces or an executive working inside a corporate company. Your services inside the home or at the office are invaluable but do not fall into the trap of defining yourself by what you do but rather by who you are.

The retired grandparents forced to babysit their grandchildren because daycare costs have become too high are also remarkably important. In a world that operates only in high gear, you are perhaps the ideal person required for the job of being slow enough to have the ears to listen when your grandchild speaks and the eyes to notice when they don’t speak, but to know that something is troubling their young mind. Your lips speak words of encouragement and affirmation and finally you have the wisdom to know when each of these senses apply at any given time in the nurturing of the young life.

To the father who has lost his job and wallows in disappointment and despair not knowing how he will take care of his family and for how long he will be without employment. You are significant and your life is worth so much more than your paycheck. A man considered honorable is one whose first priority is concern for his family and their future and does everything in his power to pick himself up daily and rebuild his career with what resources he has.

“Success is not final, failure is not fatal: it is the courage to continue that counts.”
― Winston S. Churchill

“Our greatest glory is not, in never falling, but in rising every time we fall.”
― Confucius

“Only those who dare to fail greatly can ever achieve greatly.”
― Robert F. Kennedy